Hate Speech in Political Discourse: A Case Study of UK MPs on Twitter

Online presence is becoming unavoidable for politicians worldwide. In countries such as the UK, Twitter has become the platform of choice, with over 85% (553 of 650) of the Members of Parliament (MPs) having an active online presence. Whereas this has allowed ordinary citizens unprecedented and immediate access to their elected representatives, it has also led to serious concerns about online hate towards MPs. This work attempts to shed light on the problem using a dataset of conversations between MPs and non-MPs over a two month period. Deviating from other approaches in the literature, our data captures entire threads of conversations between Twitter handles of MPs and citizens in order to provide a full context for content that may be flagged as ‘hate’. By combining widely-used hate speech detection tools trained on several widely available datasets, we analyse 2.5 million tweets to identify hate speech against MPs and we characterise hate across multiple dimensions of time, topics and MPs’ demographics. We find that MPs are subject to intense ‘pile on’ hate by citizens whereby they get more hate when they are already busy with a high volume of mentions regarding some event or situation. We also show that hate is more dense with regard to certain topics and that MPs who have an ethnic minority background and those holding positions in Government receive more hate than other MPs. We find evidence of citizens expressing negative sentiments while engaging in cross-party conversations, with supporters of one party (e.g. Labour) directing hate against MPs of another party (e.g. Conservative). 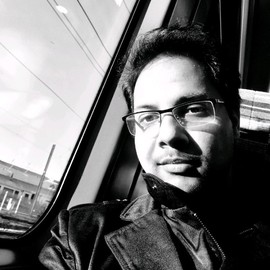 I am a PhD Scholar in Computer Science at King’s College London under the supervision of Dr. Nishanth Sastry. My doctoral work focuses on online digital citizen engagement with the UK Parliament. I completed my Bachelor of Engineering (Computer Science and Engineering) from The LNM Institute of Information Technology, India. My professional experiences include an internship at Telefonica I+D (Barcelona, Spain) and with the Neilsen Group. My honours include a “Best research impact” award at the PhD poster competition of King’s College London, NMS and Chairman’s Gold Medal for best all-round performance in graduating class of 2017 (BTech. CSE).