Online debates typically possess a large number of argumentative comments. Most readers who would like to see which comments are winning arguments often only read a part of the debate. Many platforms that host such debates allow for the comments to be sorted, say from the earliest to latest. How can argumentation theory be used to evaluate the effectiveness of such policies of sorting comments, in terms of the actually winning arguments displayed to a reader who may not have read the whole debate? We devise a pipeline that captures an online debate tree as a bipolar argumentation framework (BAF), which is sorted depending on the policy, giving a sequence of induced sub-BAFs representing how and how much of the debate has been read. Each sub-BAF has its own set of winning arguments, which can be quantitatively compared to the set of winning arguments of the whole BAF. We apply this pipeline to evaluate policies on Kialo debates, where it is shown that reading comments from most to least liked, on average, displays more winners than reading comments earliest first. Therefore, in Kialo, reading comments from most to least liked is on average more effective than reading from the earliest to the most recent. 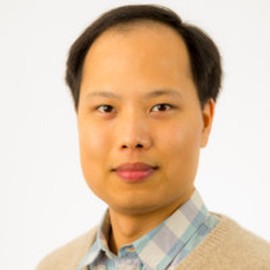 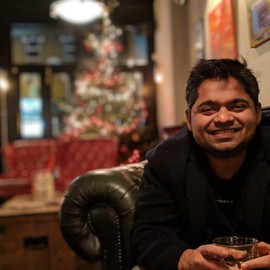 I am a Research Scientist at Nokia Bell labs, Cambridge UK, working with the social dynamics team. I am mainly interested in projects that deal with quantification of human processes from web scale data using methods from complex networks, machine learning and computer vision. I was a King’s India scholar at King’s College London, where I worked on my Ph.D. in computer science at the Department of Informatics, under the guidance of Dr. Nishanth Sastry. I have graduated with a Masters of Science (M.S.) degree from University of California at Santa Barbara - USA, majoring in signals processing and networks, and a Bachelors of Engineering (B.Eng) from University of Pune - India, majoring in Electronics engineering .

Next
Who has the last word? Understanding How to Sample Online Discussions
Previous
Aggregate Cyber-Risk Management in the IoT Age Cautionary Statistics for (Re)Insurers and Likes